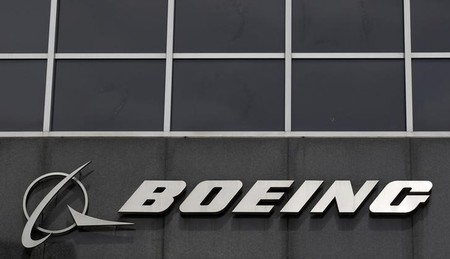 Tangier, MOROCCO (Reuters) – Morocco has signed an agreement that Boeing Co will seek to attract its suppliers to boost the kingdom’s aeronautics industry.

The “Boeing ecosystem” project aims to bring around 120 suppliers of the company to help raise Morocco’s aeronautics exports by $1 billion and create 8,700 jobs.

Boeing already has a joint venture with France’s Safran in Casablanca to build wire bundles and harnesses for aircraft makers, including Boeing and Airbus.

“Boeing will actively reach out to more than 120 suppliers in the near term to encourage this to happen,” Conner said during the ceremony.

Conner and Moroccan officials declined to give details or to say whether some of the suppliers have already commited to open new plants in the kingdom.

Unlike some other countries in the region, Morocco has managed to avoid a big drop in foreign investments since the global financial crisis and the Arab Spring uprisings of 2011, partly by marketing itself as an export base for Europe, the Middle East and Africa.

It has attracted some big auto and aeronautics investors in recent years, including Delphi, Bombardier and Eaton Corp.

It has already exported 5.7 billion dirhams ($590 million) of aircraft parts in the first eight months of 2016, which represent around of 3.5 percent of Moroccan exports. The aeronautics sector has been growing by around 7 percent annually.

Morocco expects auto industry exports to reach 100 billion dirhams a year by 2020 thanks to PSA Peugeot Citroen’s decision last year to build a factory slated to produce 200,000 vehicles a year. It expects the Peugeot plant to raise industry to 20 percent of domestic product (GDP) from 16 percent.