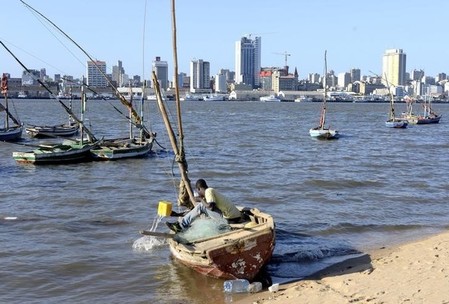 LONDON (Reuters) – Mozambique’s default on a coupon payment for its dollar-denominated bond last week was “unnecessary” and a step backwards for the country’s relationship with the holders of the debt, a group of creditors said in a statement on Monday.

Mozambique announced a week ago it would not make the $59.8 million payment to holders of its 2023 bond due on Jan. 18 because A deteriorating economic and fiscal situation made its ability to repay debt this year extremely limited.

“This development is a retrograde step for the prospects of Mozambique engaging in good faith negotiations with bondholders,” the Committee of Mozambique’s Bondholders said in a statement.

“The default was unnecessary, given the improvement since October in Mozambique’s economic and financial situation,” the statement said. It added that Maputo was continuing to service other external debt, which signalled “a strategic default targeted at the bondholders.”

The committee was formed in November and includes AllianceBernstein, Franklin Templeton Investment Management and Greylock Capital Management as well as NWI Management and Pharo Management. It says it represents 60 percent of the holders of Mozambique’s so-called “tuna bond”.

The southern African country, one of the world’s poorest, has seen its currency and investor confidence collapse since April, when the International Monetary Fund (IMF) halted a loan after uncovering previously undisclosed debts. The additional debt burden came to light only days after bondholders had agreed to a restructuring.

In its statement, the committee reiterated there was nothing to negotiate until it saw an international audit of state firms’ loans requested by the IMF and an outline of what sort of engagement the fund would envisage going forward.

It also repeated that Mozambique needs to accept “intercreditor equity” – referring to equal treatment for loan and bond creditors as well as bilateral lenders.

“While negotiations are premature, the committee has been prepared to discuss its views and analysis of all aspects of the situation facing Mozambique. To date, neither the government nor its advisors has engaged with the committee on such initial discussions,” the statement said.

On Friday, Fitch said Mozambique’s failure to pay the interest on the bond pointed to an extended period of uncertainty. Like Latest Updates from Reuters Mozambique default on eurobond was ‘unnecessary’: creditor group