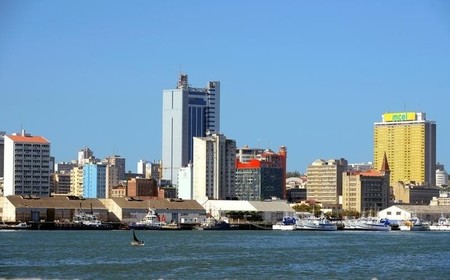 The country budgeted for a deficit of 11 percent of GDP this year, high by international standards, at a time when it had the financial support of the International Monetary Fund.

But the Fund and other donors suspended assistance earlier this year after the emergence of more than $2 billion in loans that were not approved by parliament or disclosed publicly, sending the metical currency into freefall.

That, and steep declines in commodity prices, have sharply slowed growth in one of Africa’s poorest economies.

He pegged state revenue at $2.5 billion, which indicated the deficit would narrow next year. Mozambican economic output totalled $15.6 billion in 2013, according to the latest available World Bank figures.

An IMF official said last month the Fund might agree a new aid programme early next year if the government renegotiated loans with creditors and allowed an independent debt audit. [nL8N1D32D5]

Maleiane said spending on education would account for 23 percent of next year’s budget while infrastructure, which was ravaged by a 16-year civil war that ended in 1992, would cover 18 percent, AIM reported.

Mozambique, a former Portuguese colony, emerged from that war to become one of Africa’s best-performing economies, with annual growth averaging around 8 percent between 1996 and 2008.

Growth is expected to accelerate to 5.5 percent in 2017 from a projected 4.5 percent this year.