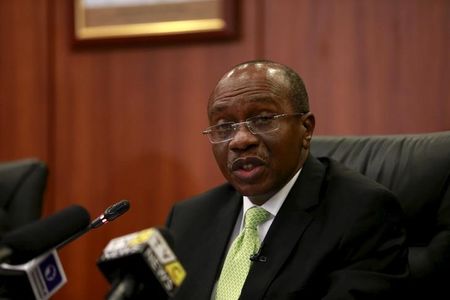 The vote to cut the cash reserve requirement from 31 percent was by 7 to 3 votes of the monetary policy committee, he said, adding that the committee had voted unanimously to keep the main rate unchanged.

Liquidity on the interbank market has dried up since authorities last week forced commercial banks to move government revenue to a Treasury Single Account (TSA) at the central bank, part of a drive by President Muhammadu Buhari to fight graft.

“No organisation has been exempted from the TSA,” Emefiele said, denying Nigerian press reports about alleged exemptions.

He warned Nigeria might slip into recession next year unless measures were taken to boost growth in Africa’s biggest economy. A sharp fall in oil revenues has whacked public finances, delaying public salary payments and putting pressure on the naira.