Nigeria has floated naira “within a range”-cbank gov 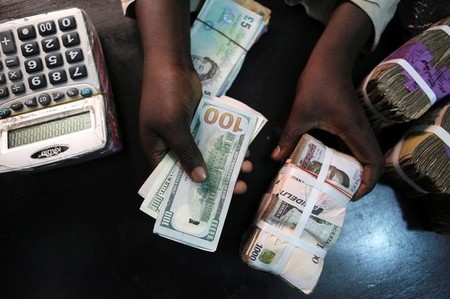 LAGOS (Reuters) – Nigeria has floated the naira “within a range” against the dollar, central bank governor Godwin Emefiele said on Tuesday.

The naira, held around 305 per dollar for almost a year, was recently effectively devalued for certain categories of the population, though the central bank continues to tightly manage the rate.

He didn’t say what the range was but said the exchange rate was looking “better than expected”.

“We have seen the rates converging and we are strongly very optimistic that rate will converge further,” he said referring to the gap between the naira’s official and black market rate.