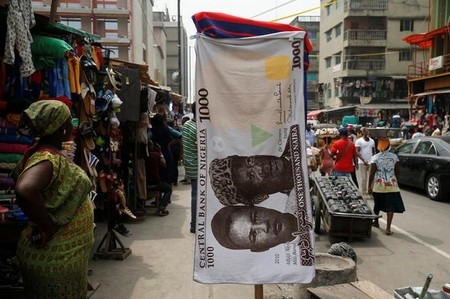 Nigeria forecasts a budget deficit of 2.36 trillion naira in 2017, half of which it aims to fund through domestic borrowing.

The Debt Management Office (DMO) has said it offered the bond to help broaden the country’s funding base. It will be available for purchase on a monthly basis and have a maximum subscription of 50 million naira. It carries a coupon of 13.01 percent.

The March auction attracted subscription from over 2,500 applicants during the five-day sale period, the DMO said, adding that the next sale will be on April 3.

The government plans to increase public spending by almost 20 percent this year and has obtained parliament’s approval for a $500 million Eurobond, after raising $1 billion from international debt market last month.

Outstanding total debt rose to 17.4 trillion naira last year from 12.6 trillion naira in 2015 and is set to increase further, as Africa’s biggest economy grapples with its first recession in a quarter of century, caused by low oil prices.