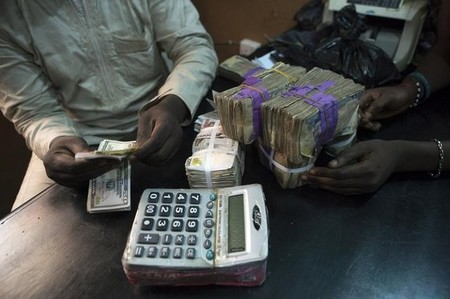 ABUJA (Reuters) – Nigeria has recovered some $151 million and eight billion naira ($26.32 million) in stolen state funds in less than two months as part of an anti-graft drive, the government said on Sunday.

The West African nation launched late in December a whistleblower scheme entitling those who help find stolen assets to up to five percent of the recovered sums, part of a drive by President Muhammadu Buhari to root out endemic corruption.

Sunday’s announcement was the first since the middle of last year to give an official figure for recovered assets.

“The looted funds … were recovered from just three sources through whistleblowers who gave actionable information to the office of the Minister of Justice and Attorney-General of the Federation,” the Information Ministry said in a statement.

“The biggest amount of $136,676,600.51 was recovered from an account in a commercial bank, where the money was kept under an apparently fake account name,” it added. The other recovered funds were in dollars or naira.

On Friday, Nigeria’s anti-corruption watchdog said it had seized $9.8 million in cash from the former head of the state oil company NNPC, a recovery also made possible under the whistleblower programme.

Graft, particularly in the oil sector on which Nigeria relies, has taken large sums from the country’s coffers.

Buhari rode to victory in 2015 on an anti-corruption platform after widespread anger at the plundering of the state under his predecessor Goodluck Jonathan.

But some have criticized the current administration’s efforts as ineffective and called it a witch hunt against Jonathan’s supporters.