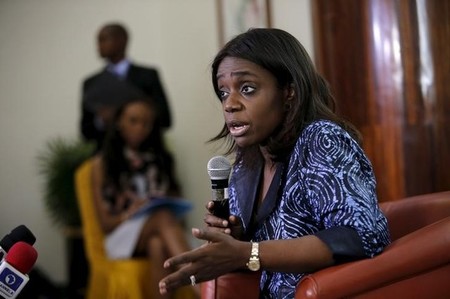 ABUJA (Reuters) – Nigeria plans to get out of recession by boosting government revenues and cracking down on corruption, Finance Minister Kemi Adeosun said on Thursday, and will also issue more international debt to pay for infrasturcture projects.

The country is in its second year of recession, brought on by lower oil prices, which have slashed government revenues, weakened the currency and caused dollar shortages frustrating business and households.

World Bank chief economist for Africa, Albert Zeufack, on Wednesday said fiscal adjustments in Nigeria would be “extremely challenging” and that the country needs to reform its finances to ensure it can hedge against any future currency crisis.

Nigeria also ranks well into the bottom third of Transparency International’s global corruption index. On Wednesday, for example, more than $43 million found in an apartment complex in Lagos was said to be related to an investigation into the handling of humanitarian aid.

Adeosun said her aim was to get the non-oil sector of Nigeria’s economy which accounts for around 90 percent of GDP to contribute to government revenues.

“Improving non-oil revenues is something we are working hard on. We are rolling out measures to get more people into the tax net,” Adeosun told CNBC Television.

“We are investing in the infrastructure that is needed, power, rail, road, the big enablers of growing sustainable economies.”

Adeosun said liquidity on currency markets has been improving as the central bank has boosted dollar supply, thanks to recently rising oil prices. She added that government was harmonising fiscal, monetary and trade policies to get the economy growing again.

However, the central bank, worried about the currency effects on inflation, has so far resisted calls to lower interest rates for 14 percent to enable the government borrow cheaply to spend its way out of recession.

Adeosun said Nigeria plans to issue long-term debt on the international markets more regularly for infrastructure projects, taking advantage of the country’s debt to GDP ratio of 13 percent. But the interest burden is rising due to low revenues.