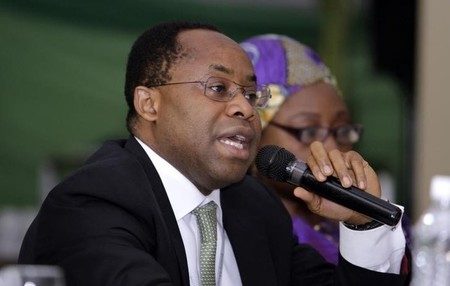 The new business will be launched in a few weeks’ time and aims to overcome some of the challenges facing the financing of infrastructure projects in Africa’s most populous nation.

“The company will provide enhancements for infrastructure bonds, and we believe this will make an effective platform for Nigerian pension funds to invest in them,” said Uche Orji, chief executive of the Nigeria Sovereign Investment Authority (NSIA), which has some $1.25 billion under management.

GuarantCo facilitates infrastructure development in low income countries by providing credit guarantees denominated in local currency to financial institutions and bond investors. It is funded by Britain, Switzerland, Sweden, the Netherlands and Australia, and specialises in frontier market infrastructure.

Unlocking fresh sources of capital will help, with Nigeria’s pension fund assets at $26.4 billion at December 2015, according to data from Nigeria’s National Pension Commission.

Orji said that currently, when municipalities want to issue bonds to fund infrastructure projects, most pension funds won’t buy them because the credit rating of the issuer isn’t strong enough.

The new venture will provide a form of monoline insurance, giving a guarantee and allowing pension funds and insurance companies to invest. “The NSIA cannot give guarantees by itself, so we have created a company that can do this,” he explained.

The tie-up is the latest in a series of partnerships for the NSIA. In August it announced agreements with Old Mutual Investment Group and UFF Agri-Fund to establish two funds to invest in real estate and agriculture respectively.

Orji said these could make their first investments in the first quarter of 2017.

The Agri-Fund aims to improve Nigeria’s food security and is seeking investments in farms, storage and irrigation infrastructure for everything from arable crops to dairy farming and fish farming.

“That is more advanced in terms of being able to make an investment, and the first quarter is likely to be very busy,” Orji said.

The real estate fund is targeting commercial property such as offices, hospitality, logistics and industrial parks.

The NSIA also signed a strategic partnership agreement with its Moroccan peer, Ithmar Capital, to co-operate on bilateral investments.

These include a Trans-African gas pipeline which it is envisaged will support the creation of industrial hubs. Orji said this was an ambitious project but it would be cheaper and more effective than trying to build LNG facilities across Africa to export Nigeria’s gas.

With a recovery in the oil price in late 2016, and a better macro environment, Orji expects further injections into the NSIA in 2017 following 2016’s $250 million additional funding.

“There’s been a strong commitment shown by the administration in continuing to support the fund, and even in 2016, as difficult as it was with the oil price, there was still an injection,” he said.