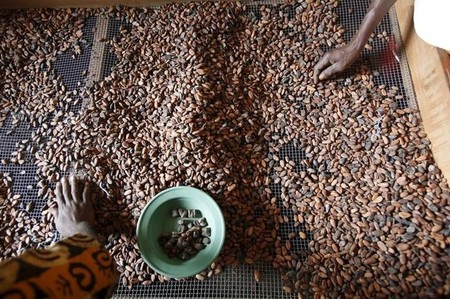 ABIDJAN (Reuters) – There will be no cancellation or reselling of Ivory Coast’s 2016/17 cocoa contracts, the Coffee and Cocoa Council (CCC) said on Thursday, reacting to the sharp drop in prices early this week sparked by its demand for exporters’ paperwork.

The CCC in a memorandum distributed last week gave exporters in the world’s largest producer six days to supply documentation for export contracts. Failure to furnish the documents, which include proof of a counterparty, would see the contracts cancelled and resold, it said.

The news caused prices in London and New York to plummet to multi-month lows, as some traders believed that reselling the contracts would lead to the cocoa reaching the international market quicker.

“There will not be any cancellation of contracts or reselling of contracts,” Djibril Fadiga, the CCC’s deputy managing director responsible for sales, told reporters following a news conference in the commercial capital, Abidjan.

“There is no risk to the system,” he added.

Fadiga had earlier said there would be no impact on next season’s government-guaranteed farmer price, which is based on the average price of forward sold cocoa.

Exporters said last week that the CCC had taken the step after realising that small, domestic operators had purchased contracts for the 2016/17 season, which opens in October, without securing prices with off-takers.

World prices have since dropped and left those exporters unable to execute the contracts, they added.

A finance ministry official and five exporters last week told Reuters that 200,000 to 250,000 tonnes worth of cocoa contracts could be resold, and some international firms were already preparing to pick up bargains. [nL8N1BL2KE][nL8N1BP4CL]

Ivory Coast forward sells between 70 and 80 percent of its anticipated cocoa crop in order to guarantee a stable price for farmers. It had already auctioned 1.1 million tonnes of the 2016/17 crop by July.

The West African nation, which controls roughly 40 percent of global supply, produced a record crop of around 1.8 million tonnes of beans during the 2014/15 season.