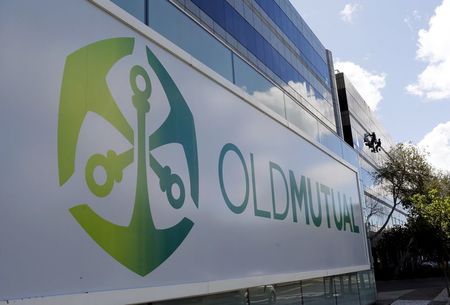 LONDON (Reuters) – Anglo-South African financial services group Old Mutual Plc said on Friday it would split up into its four main businesses, strengthening expectations of the sale or listing of its UK asset management arm.

The break-up of the company, which is listed in London and Johannesburg and has insurance, asset management and banking operations, follows a strategic review announced in November, when former Standard Bank executive Bruce Hemphill took over as chief executive.

Changes to the regulatory environment in Europe and South Africa have made the company, which started out in 1845 as a life insurance firm in Cape Town, more complex to run, it said in a statement.

“It’s a costly structure with insufficient synergies to justify those costs,” Hemphill said.

Old Mutual’s solvency capital ratio under new European rules was 135 percent, lower than many of the other major insurers that have reported earnings so far this year.

The group said it had not yet decided how it would go about spinning off the units but that it expected the separation to be largely completed by the end of 2018.

It said it planned to cut its majority stake in Nedbank to a minority one.

Analysts said the unit would be worth 3-4 billion pounds.