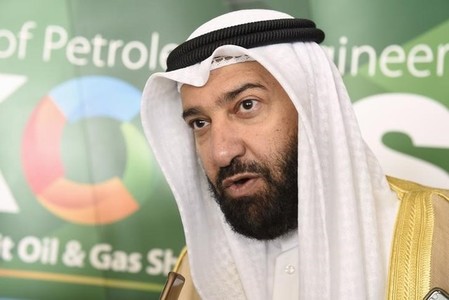 CAIRO (Reuters) – An OPEC committee responsible for monitoring compliance with a global agreement to reduce oil output will meet in the first half of January, Kuwait’s oil minister said on Thursday.

“We will meet… in January with OPEC and non-OPEC countries and we will coordinate over the method in which (compliance with) the cut will be implemented,” Essam Abdul Mohsen Al-Marzouq told reporters on the sidelines of a meeting of the Organization of Arab Petroleum Exporting Countries (OAPEC) in Cairo.

“I personally think that the announcements coming from Saudi Arabia, the United Arab Emirates, Qatar, Kuwait, Iraq, and Russia are all encouraging signs that they will abide by the cut and hopefully other countries will follow suit.”

Marzouq later clarified that the meeting would take place in the “beginning” or “first half” of January.

The Organization of the Petroleum Exporting Countries and non-OPEC producers on Dec. 10 reached their first deal since 2001 to curtail oil output jointly and ease a global glut after more than two years of low prices.

OPEC has a long history of cheating on output quotas. The fact that Nigeria and Libya were exempt from the deal due to production-denting civil strife will further pressure OPEC leader Saudi Arabia to shoulder the bulk of supply reductions.