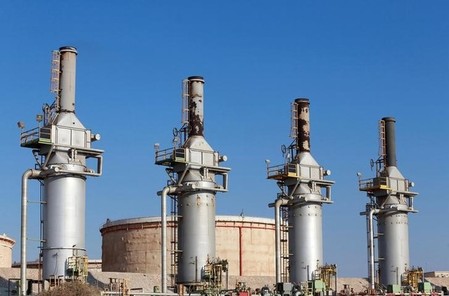 LONDON (Reuters) – OPEC’s oil output is likely to reach its highest in recent history in September, a Reuters survey found on Friday, as Iraq boosted northern exports and Libya reopened some of its main oil terminals.

The increase comes despite lower output in top exporter Saudi Arabia and this week’s agreement by the Organization of the Petroleum Exporting Countries in Algeria to limit supply to support prices, its first such decision since 2008.

Supply from OPEC has risen to 33.60 million barrels per day (bpd) in September from a revised 33.53 million bpd in August, according to the survey based on shipping data and information from industry sources.

The rise in output could add to scepticism about OPEC’s ability to allocate its new production target of between 32.50 million and 33 million bpd, a task ministers left until a meeting in November. Oil rallied towards $50 a barrel on Thursday but was trading near $49 on Friday.

“The agreement still leaves hard and difficult negotiations for the individual caps to be set,” said Bjarne Schieldrop, chief commodities analyst at SEB.

“Now, with an OPEC curb on the cards for the first time in eight years, Brent crude is not even able to lift above $50. At least not yet.”

Supply has risen since OPEC in 2014 dropped its historic role of fixing output to prop up prices as Saudi Arabia, Iraq and Iran pumped more. Production has also climbed due to the return of Indonesia in 2015 and Gabon in July as members.

The membership changes have skewed historical comparisons. September’s supply from OPEC excluding Gabon and Indonesia, at 32.65 million bpd, is the highest in Reuters survey records starting in 1997.

In September, the increase was led by Iraq and Libya. Iraqi state oil firm SOMO and Iraq’s semi-autonomous region of Kurdistan began jointly exporting crude from the Kirkuk oilfield again. This lifted Iraqi supply to market to 4.43 million bpd in September, according to the survey.

Supply in Saudi Arabia has edged down from the record high reached earlier in the summer, sources in the survey said.

Supply in Iran, OPEC’s fastest source of production growth earlier this year after the lifting of Western sanctions, has held steady this month as output nears the pre-sanctions rate. Iran is seeking investment to boost supply further.

Angolan output slipped because the Plutonio field was shut for part of the month.

There was no sign yet of higher supply from Nigeria, where attacks on oil installations have cut output. Supply should rise in October if efforts for a restart of Qua Iboe and Forcados crude exports come to fruition.

The Reuters survey is based on shipping data provided by external sources, Thomson Reuters flows data, and information provided by sources at oil companies, OPEC and consulting firms.