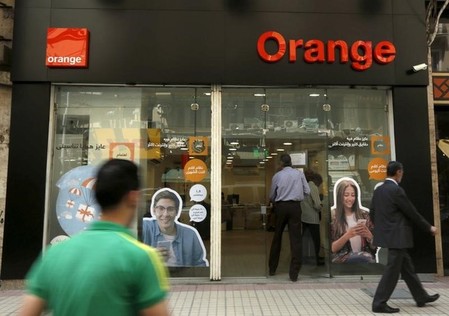 CAIRO (Reuters) – Orange Egypt has completed payment for its fourth-generation mobile services licence and submitted the outstanding $242 million it owed the Egyptian government, a company official told Reuters on Monday.

The subsidiary of French telecoms group Orange, signed the deal last month, agreeing to pay $484 million to operate 4G services in the country of 90 million after the government agreed to offer it additional frequencies.

The mobile operator said last week that it had agreed on a 500 million euro ($553 million) loan from its parent company to cover the cost of the licence.

Egypt sold four 4G licences as part of a long-awaited plan to reform the telecoms sector and raise money for stretched government finances.

Orange was the first mobile phone operator in Egypt to sign the licence deal and was followed by Vodafone and Etisalat. All three had initially turned down the licences before reaching agreements to purchase additional spectrum.