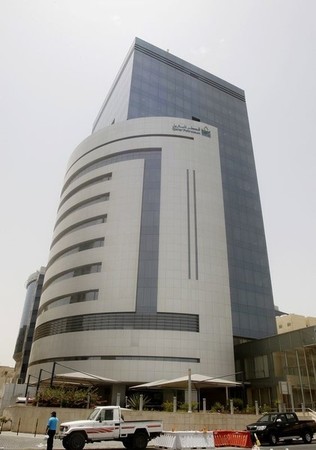 By Ron Bousso and Tom Finn

LONDON/DOHA (Reuters) – Qatar Petroleum is interested in the Mozambique gas business of Italian energy group Eni and could opt to join Exxon Mobil in buying a multibillion-dollar stake, sources familiar with the matter said.

State-controlled Eni is looking to reduce a 50 percent stake in its giant Mozambique gas acreage as part of plans to sell 5 billion euros of assets over the next two years. Last month sources told Reuters Exxon had reached a deal that could give it an operating stake in the onshore liquefied natural gas (LNG) export plant, while leaving Eni in control of the Area 4 gas fields feeding it. Qatar Petroleum is in talks with Exxon and Eni on some kind of involvement in Mozambique which could involve a joint investment with the U.S. major, one senior QP source said, adding the deal was not a classic joint venture structure. A second Doha-based source, who declined to be named as not authorized to speak publicly, said Qatar Petroleum had been looking at Eni’s Area 4 field as well as adjoining acreage of Anadarko Petroleum Corp but added the focus was on Eni. “The expectation is that Qatar Petroleum and Exxon will go in on this together,” the source said, adding a Qatar Petroleum delegation planned to visit Mozambique before the year end. The sources cautioned no decision had as yet been taken by the Qatari company. Qatar Petroleum did not respond to requests for comment and Exxon and Eni declined to comment. Saad al-Kaabi, Qatar Petroleum CEO, recently confirmed the group was looking at assets in Africa.

Located in Mozambique’s Rovuma Basin, Eni’s Area 4 is one of the biggest discoveries of recent times, holding about 85 trillion cubic feet of gas. Eni CEO Claudio Descalzi, who has spoken of selling a stake of up to 25 percent, said earlier this month a detailed agreement had been reached with a partner. In 2013 Eni sold 20 percent of Area 4 to China’s CNPC for $4.2 billion but since then oil and gas prices have dropped by more than half. A banker with knowledge of the matter said a 25 percent stake in the field could be worth in the region of 2 billion euros.

Exxon and QP are already close business partners in Qatar, where Exxon’s technical know-how helped the tiny Gulf state to develop its gas resources and become the world’s biggest as well as lowest-cost LNG producer.

Since then, both companies have jointly moved to exploit international LNG growth opportunities, including plans to build the Golden Pass liquefaction plant in the United States and bidding for exploration acreage in Cyprus.

A moratorium on new Qatari gas production since 2005 has hobbled domestic expansion opportunities at a time of intense competition for global LNG market share as new producers such as Australia challenge Qatar’s dominance. “The (Mozambique) gas will go east and so having Qatar on board with all its experience makes a lot of sense,” a banker with knowledge of the matter said.