South Africa economic confidence to get a lift after cabinet reshuffle. 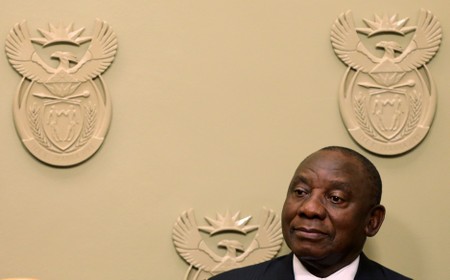 Seventeen of the 20 economists surveyed in the past three days said Monday’s reshuffle would have a significant positive impact on South Africa’s economic confidence this year.

In that same sample, 18 indicated they were optimistic the country’s business sector would play a bigger part in job creation in the next two years. One economist was very optimistic while the remaining one was pessimistic.

“Both business and consumer confidence is likely to be boosted by the election of Cyril Ramaphosa to President of the Republic and the cabinet reshuffle that (followed),” said Jeffrey Schultz, economist at BNP Paribas in Johannesburg.

South Africa’s business confidence rose for a third month in a row in January to its highest since late 2015, on expectations the new leadership of the ruling party would stabilise economic policy, a survey showed last month.

Gross domestic fixed investment – normally capital spending, such as buying new machinery for future production – fell into a recession in 2016, recovering only slightly early last year before hitting another slump in the second quarter.

The private sector makes up nearly two-thirds of the gross domestic fixed investment contribution to GDP, although it has played a smaller role in recent years, with government pushing infrastructure projects to raise jobs.

Schultz added that it would take some time for the trust between business and the government to be rebuilt, but it was clear the new government has realised it needs business sector buy-in to get growth and reduce unemployment.

Unemployment was at just over 20 percent a decade ago and now more than a quarter of South Africa’s labour force is jobless.

OLD TRUSTED HANDS BACK AT HELM

Ramaphosa appointed Nhlanhla Nene as finance minister on Monday and Pravin Gordhan as public enterprise minister. All but one of the 20 economists polled singled out these two National Executive appointments as most likely to inspire economic confidence.

Both Nene and Gordhan served as finance ministers in the last administration but were unceremoniously sacked by former President Jacob Zuma.

A poll last month suggested South Africa’s new leadership would need to be prudent and creative in managing the economy to avoid a credit rating downgrade, by raising taxes without suffocating a chance for growth. [ECILT/ZA]

Moody’s is due to publish a review later this month, which economists said in February would offer the country a reprieve.