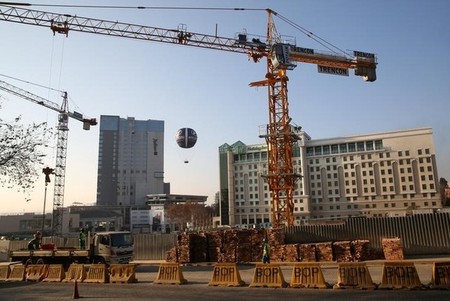 JOHANNESBURG (Reuters) – South Africa’s economy will get a boost from perkier commodity prices, a benign inflation outlook and better rains for the agriculture sector this year, a Reuters poll found on Thursday.

A median of 27 economists in a poll taken over the past week suggested growth in South Africa would accelerate to 1.1 percent this year and 1.6 percent next year.

“Higher commodity prices in combination with lower inflation, stable interest rates and a recovery in the agricultural sector should drive 2017 growth somewhat stronger than in 2016,” said Elize Kruger at NKC African Economics.

Twelve of 14 economists bet that growth in Africa’s most industrialised nation has left the slow expansion trap seen in previous quarters.

South Africa’s growth has been choppy in the past two years, with negative quarterly performances three different times on an annualised basis since 2014.

However, KPMG’s Christie Viljoen says positive growth is expected , though it will be very low.

Economists back their claims with the annualised growth rate in the SARB’s leading indicator that has turned positive, but they caution about the risks that lie ahead.

Consumption should get a boost if the Reserve Bank does not hike interest rates this year. All 27 economists expect the repo rate to be kept on hold at 7.0 percent in the Reserve Bank’s meeting on January 24 (not 26).

Medians for the rest of the year suggest no change for the repo rate after Tuesday’s (not Thursday) policy announcement. There is just over a one-in-three chance of a cut this year.

“The bank may still have a change of heart in its rate stance come the second half of this year, opening up room for it to cut policy rates later in the year,” said BNP Paribas economist Jeffrey Schultz.

Still, consumer inflation is expected to slow to an average of 5.8 percent for this year – 0.2 percentage points shy of the Reserve Bank’s top-end comfort level – and 5.5 percent in 2018. It hit a 6.4 percent average last year.