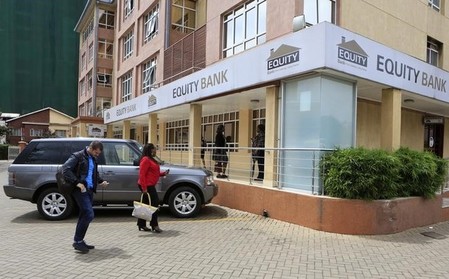 NAIROBI (Reuters) – Shares in KCB Group,, Kenya’s biggest bank by assets, and Equity Bank, the biggest in terms of number of customers, fell sharply on Monday for a third consecutive session as investors reacted further to a government move to cap commercial lending rates.

By 0647 GMT, shares in KCB and Equity were both down 9.3 percent on the Nairobi Securities Exchange at 24.50 shillings and 26.75 shillings respectively.

President Uhuru Kenyatta on Wednesday signed into law a bill capping commercial bank lending rates in a bid to boost the economy.

Businesses in the East African country have complained that high rates, which average 18 percent or more, hobble corporate investment. Analysts, however, have said capping rates may be counterproductive as it makes banks less willing to lend.