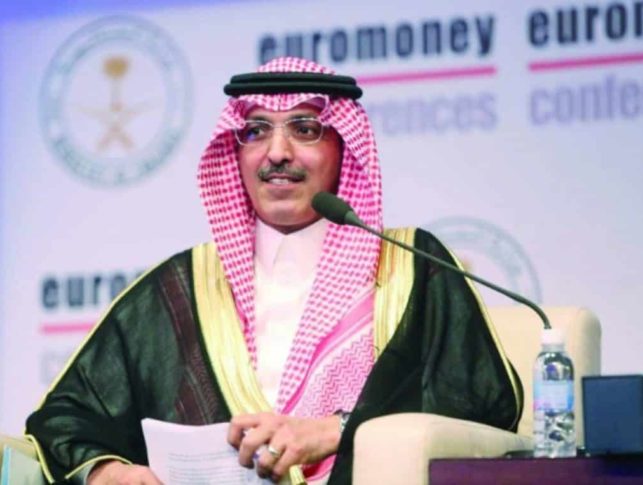 Amidst a global re-shuffling of political office and norms, Saudi Arabia has appointed a new Minister of Finance. Mohammed Al-Jadaan has replaced Ibrahim Al-Assaf, who worked within the ministry for the previous two decades before being appointed its top position. Al-Jadaan is seen as a breath of fresh air for the Saudi Arabian economy, bringing with him an outsider’s view, free from the restrainst associated with career politicians. While Al-Jadaan has vast experience with trade policies and restrictions from his time at Capital Markets Authority, this will be his first governmental ministry post.

A royal decree announcing the appointment of Al-Jadaan was issued earlier this month by King Salman, the leader of Saudia Arabia. Al-Assaf has been appointed Minister of State and has been made a Member of the Cabinet, moving his expertise from finance to a broader scope of affairs. Al-Jadaan was integrated in the 2015 opening of the Saudi market to foreign investments and is expected to ease existing barriers in an effort to attract more overseas capital. According to Jason Tuvey, Middle East economist at Capital Economics, Al-Jadaan “already has policymaking experience having overseen the opening up of the Saudi Tadawul to foreign investors over the past couple of years,” which is expected to positively influence his role as Minister of Finance.

Al-Jadaan studied both Islamic law and Islamic economy at Imam Mohammed Ibn Saud Islamic University in Riyadh. Before his appointment as the chairman of Capital Markets Authority, Al-Jadaan was a founding partner of the Al-Jadaan and Partners Law Firm. He was listed in Chambers and Partners as a leading lawyer in corporate/commercial law and banking/finance practice for a decade and is expected to bring this wealth of real-world experience into the Ministry of Finance.

King Salman has already been seen as a mover and a shaker, mixing up the tenured ministry heads with younger men from a variety of backgrounds. He has notably centralised power, and is making an effort to ensure those around him will remain loyal and share his vision for Saudia Arabia. Al-Jadaan is expected to assist the new King in his desire to diversify the Kingdom’s economy from largely hydrocarbon based to other industries such as financial services. His appointment coincides with first ever sovereign bond sale, an order reaching $67billion. Many are lauding this as a sign of the freer economy to come, but experts caution against overexuberance, pointing to the Kingdom’s recent history of austerity as a better indicator of what lies ahead.

A diversified economy is, of course, the long term goal, but Al-Jadaan has inherited more immediately pressing matters, chiefly alleviating current market conditions. Saudi Arabia has been running a deficit due to the low price of oil. The International Monetary Fund (IMF) predicts that without a significant increase in the price of oil matched with level demand, the current budget deficit will continue to grow and will exhaust foreign exchange reserves as early as 2020. This would be disastrous for Saudi Arabia.

The oil price crisis is the umbrella underwhich Al-Jadaan will operate. He will be a key player in on-going discussion with Iran as other OPEC members continue to lobby for a reduction in oil exports from the Kingdom. Iran and Saudi Arabia do not currently have private negotiations on this or any other topic, but if Al-Jadaan is able to reopen such talks, his aim will be to get as many concessions from Iran as possible.

Another piece in the puzzle of 2016

Al-Jadaan’s appointment is but one among many injections of new men into global governments. As the world shifts away from the previous decades of western democratic hegemony into uncharted territory, it will fall upon men like Al-Jadaan to find a new balance.