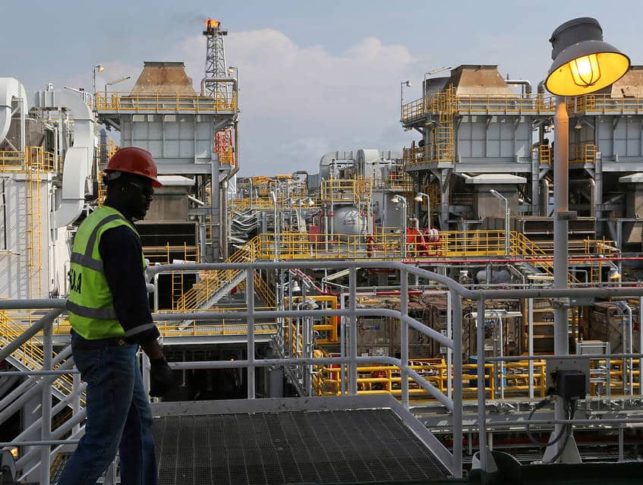 While sub-Saharan Africa’s two largest economies are struggling, experts say a cluster of smaller nations are driving growth on the continent this year. In East Africa, Kenya, Rwanda, Tanzania and Uganda will see growth of more than 5 percent this year, according to the International Monetary Fund (IMF). In West Africa, Senegal and Ivory Coast are also expected to see significant growth.

Meanwhile, two traditional economic powerhouses will see little or no growth. South Africa faces political turmoil, labor unrest and a drop in demand for minerals, while Nigeria has been hit by sagging crude oil prices. The economic forces that challenge Nigeria and South Africa – particularly the oil slump – have helped the East African economies because they benefit from lower energy costs but do not rely on oil exports.

Economic diversity is a factor

“East Africa has been chugging along nicely,” Peter A. Montalto, economist with at Nomura International, told Bloomberg, predicting healthy growth would continue at least until the end of 2017. He said those economies are likely to continue to grow if they take advantage of low oil prices and take steps to attract investment. Economic reform and diversification play a role in the strength of the East African nations, Stuart Culverhouse, chief economist at Exotix Partners LLP in London, said.

Unable to fall back on “behemoth industries,’’ these countries made economic reforms that are benefitting them now. Tanzania’s gross domestic product is expected to grow by 6.9 while Rwanda and Kenya also could top 6 percent. The IMF predicts the economy of Uganda will increase by 5.3 percent. In West Africa, Ivory Coast and Senegal will also grow by, 7.4 and 6 percent respectively, the agency said.

Since Nigeria and South Africa account for half of the economic output of the continent, growth in other countries is not expected to entirely offset their stagnation. South Africa’s economy will be flat while Nigeria’s is expected to contract by 1.8 percent. The IMF recently predicted average growth of only 1.6 percent on the continent this year, less than half the growth rate in 2015 and well below the average of more than 5 percent annually in the last decade.

Direct foreign investment also dropped last year to $71 billion compared to $88 billion a year earlier. Razia Khan, head of Africa research at Standard Chartered Plc in London, said many investors believe the problems of Nigeria and South Africa reflect on the continent as a whole, which dampens enthusiasm for the smaller economies even though they are doing well.

Nevertheless, the IMF says sub-Saharan Africa has bright prospects for growth in spite a challenging global economic environment. Natalia Koliadina, the IMF’s representative in Ghana, which has seen an economic slowdown, said many countries in the region need to diversify their economies in order to minimize hits from slumps in commodities prices.

Policy reforms, improvements in infrastructure and high workforce skills will all be required, Koliadina said. The IMF also encouraged putting in place policies and infrastructure to create an environment that supports businesses, especially small businesses. John Ashbourne, an analyst with Capital Economics Ltd. in London, predicted annual growth of 4 percent for the next five or 10 years.

“At the end of the day Africa is still huge, and it has a growing population and massive natural resources,’’ Ashbourne said. ‘’There will always be opportunities.”