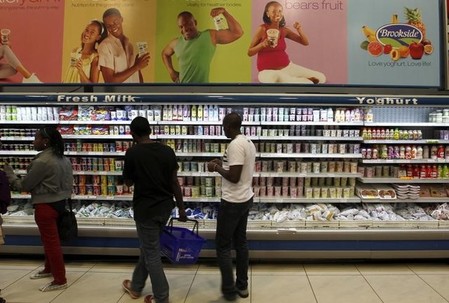 Inflation rose to 9.04 percent year-on-year – above the government’s target range – from 6.99 percent in January, the Kenya National Bureau of Statistics (KNBS) said. Month on month it rose to 1.80 percent from 1.00 percent.

KNBS said the food and non-alcoholics drinks index gained 3.28 percent on the month and 16.50 percent on the year, as staples including maize flour, milk and potatoes rose in price.

That segment accounts for 36 percent of Kenya’s inflation basket.

The East African nation is experiencing an acute drought with an estimated 2.7 million people in need of food aid.

“This is a worryingly high CPI print…, much higher than the market consensus. While this is likely to be food-related, it does create a dilemma for the central bank,” Razia Khan, chief economist for Africa at Standard Chartered Bank in London, said in an emailed comment.

In late January the central bank held its benchmark lending rate at 10.0 percent, saying inflation was expected to remain within the government’s preferred band in the short term.