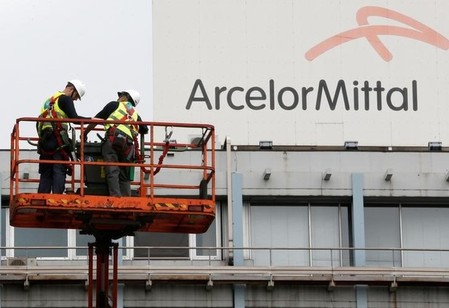 The company was fined a record 1.5 billion rand ($111 million) on Monday for setting prices at the level consumers would have to pay for imported steel, but Trade and Industry Minister Rob Davies told parliament on Tuesday that it had agreed on a mechanism that would provide transparent pricing based on domestic prices in a number of other countries.

The government of Africa’s most industrialised country formed a team six years ago to find ways to lower domestic steel prices after consumers complained that the European group’s South African subsidiary was charging high prices.

“This has been the concern that we’ve had for a long time, that the price of domestically produced steel has been supplied in the market on the basis of what the import parity price would be,” Davies said.

The local price for flat steel products will now be calculated through a formula using the weighted average of domestic prices in countries such as Germany, the United States and Japan, but excluding China and Russia, Davies said.

In future, when ArcelorMittal South Africa changes its flat steel prices, it will have to use a transparent mechanism based on the forecast basket prices of fabricated metal products, machinery and equipment, as well as vehicle and other transport equipment, Davies added.

“The basket aims to provide a fair price during boom and bust periods,” he said.

ArcelorMittal South Africa officials were not available to comment.

South Africa, which has the only primary steel mill in sub-Saharan Africa, imposed a 10 percent import tariff last year to protect an industry hurt by cheaper Chinese imports.