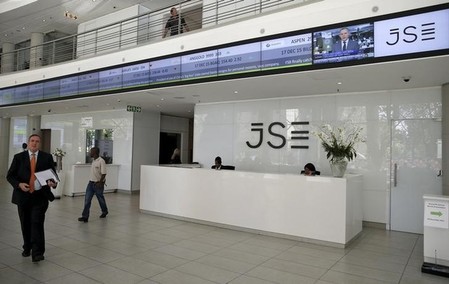 JOHANNESBURG (Reuters) – South African assets ended a shortened trading week on the backfoot on Thursday, with expectations of higher U.S. interest rates hurting the rand and investors taking no chances before the four-day Easter weekend.

In equities, shares in mobile networks operator MTN blazed the downhill trail, sliding over 10 percent as they traded ex-dividend and on the emergence of new complications in its efforts to cut the size of a hefty fine it faces in Nigeria.

Nigeria’s parliament has launched a probe into whether the telecoms regulator can reduce a fine slapped on MTN for missing a deadline to disconnect unregistered SIM card users, a lawmaker said on Thursday.

The move might complicate efforts by Africa’s biggest cell phone operator to reduce the fine, which had originally amounted to $5.2 billion and was cut by Nigeria’s telecoms regulator to $3.9 billion in December.

Overall, investor appetite for South African assets was dimmed by the prospect of getting caught out ahead of a four-day holiday weekend.

“People don’t want to go into the long weekend holding the rand. There is risk aversion all round but South Africa, including equities, has been hit quite badly,” said Bart Stemmet, an analyst at NKC African Economics.

Trade volumes were thinner than usual with around 211 million shares changing hands.