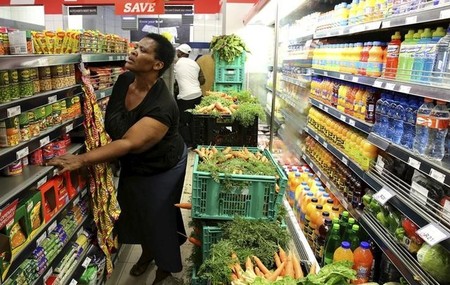 JOHANNESBURG (Reuters) – South Africa’s consumer confidence slipped deeper into negative territory in the fourth quarter of last year, highlighting households’ concerns about the weak outlook for the economy, a survey showed on Thursday.

The consumer confidence index, sponsored by First National Bank (FNB) and compiled by the Bureau for Economic Research, slumped to -10 in the fourth quarter after registering -3 in the third quarter.

“The peaceful, free and fair completion of the municipal elections in early August, as well as the final outcome, may also have raised the confidence levels – or expectations for the future – of some consumers,” FNB senior economic analyst Jason Muscat said.

“However, the election boost to confidence likely faded during the fourth quarter, and the economic realities of weak household income growth, poor credit extension and soaring food prices once again exerted downward pressure during the festive season.”