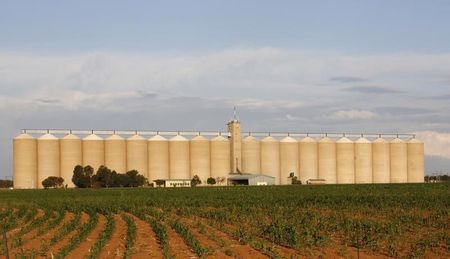 PRETORIA (Reuters) – South Africa must formally declare a national disaster for the government to release relief funds to help farmers through the worst drought in a century, the country’s largest grain producer group said on Wednesday.

With five out of nine provinces labelled disaster zones due to drought, the country now needs to acknowledge the situation nationally as farmers are starting to capitulate, Grain SA Chief Executive Jannie de Villiers told Reuters.

“Our Minister of Agriculture is well informed but I think we need leadership to declare it a disaster so that the process can be triggered,” he said.

The Agriculture Ministry did not immediately respond to request for comment by email and phone.

Should a national disaster be declared, emergency relief funds would be released from the National Treasury to eligible farmers. However, any funding would probably come too late to secure the future of farmers on the brink of going bankrupt or selling their holdings, De Villiers said.

The Mpumalanga, Limpopo, KwaZulu-Natal, Free State and North West provinces have been declared disaster zones for agriculture as a blistering drought sucks moisture from the soil and dam levels fall, causing a delay in planting crops for the crucial southern hemisphere summer season.

The South African Weather service said last week the El Nino weather pattern which triggered the historic drought is expected to persist, toughening the situation for farmers who scrambled to plant crops when rains started.

Farmers of cattle, sheep and goats have been urged by the government to cut the sizes of their herds as the drought has scorched grazing land and the 2016 maize harvest is expected to fall 25 percent from last year to 7.44 million tonnes.

Industry sources say food prices may rise 20 percent or more this year, putting upward pressure on overall inflation, which rose to 5.2 percent in December from 4.8 percent in November.

The most traded July white maize contract closed 1.6 percent higher at 4,943 rand a tonne on Wednesday. White maize for delivery in March is trading near record highs above 5,000 rand a tonne.

De Villiers also signalled trouble ahead for the subsequent crop season, saying farmers would struggle to obtain crop finance after this year’s disaster and restrictions on insurance for lost income.

“Can the farmers plant again if they don’t have crop finance? If they can’t pay their debt the farmers are not going to plant next year even if its raining.”