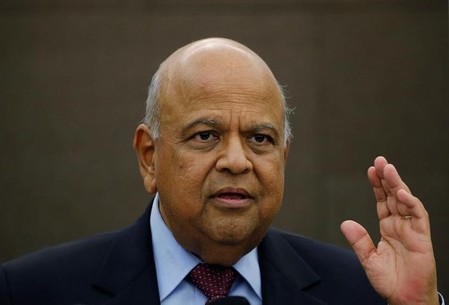 JOHANNESBURG (Reuters) – South Africa’s economy is not in “recession territory” and there is a more than 50 percent chance ratings agencies will not downgrade it to “junk” status this year, Finance Minister Pravin Gordhan said on Tuesday.

Treasury also plans to stick to its deficit and debt targets set-out in a budget delivered in February, Gordhan told business leaders in Johannesburg.

“We will retain and sustain our fiscal credibility notwithstanding lower growth, which will put pressure on the revenue and the expenditure side,” Gordhan said.