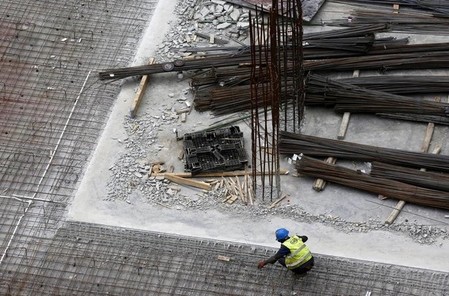 GENEVA (Reuters) – South Africa is proposing to put emergency “safeguard” tariffs on imports of certain flat hot-rolled steel products from July, it said in a filing published by the World Trade Organization on Thursday.

South Africa said the proposal was based on a final determination by its International Trade Administration Commission (ITAC) that domestic production had suffered serious damage from an unforeseen surge in imports.

The analysis of damage to the domestic industry was based on information from AcelorMittal South Africa Limited, which constituted more than 70 percent of total domestic production of the affected products, it said.

ITAC began investigating the case for safeguard tariffs in March 2016.

South Africa offered to consult with other WTO members on the proposed tariff. Many developing countries are exempt from the tariff, but imports from major producers such as China and India would be covered by it.

In a separate case, South Africa had also been considering putting a 10 percent safeguard tariff on cold-rolled steel.

Last November, South Africa said ITAC had made a preliminary determination that safeguard tariffs would be justified.

But earlier this week South Africa told a WTO committee meeting that ITAC had recommended ending the investigation into cold-rolled steel, according to a trade official who attended the meeting.

South Africa’s representative told the WTO meeting that ITAC’s decision was not final and the government still needed to consider comments from all parties, the trade official said.

Emergency tariffs are used against an unforeseen surge of imports that threatens domestic producers. They are allowed under WTO rules but have to be notified to the WTO and justified by data, and can be challenged by other WTO members.