South African summer to be hotter than normal amid drought 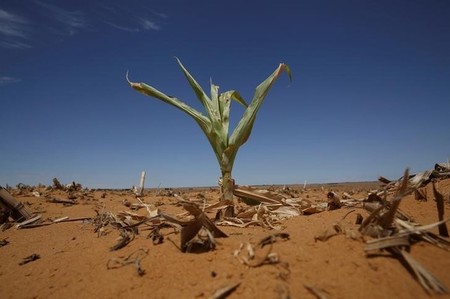 JOHANNESBURG (Reuters) – Severe drought conditions are still afflicting most of South Africa and temperatures are expected to remain above normal until mid-summer, which would be around December, the national weather service said on Monday.

In its monthly forecast which looks up to five months ahead, the South African Weather Service also said there was a “gradual improvement” in prospects for above-normal rainfall by mid-summer. A scorching drought has hit key crops such as maize, fueling inflation and denting economic growth.