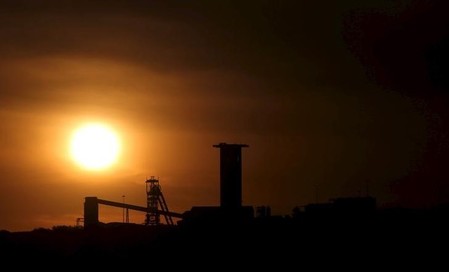 9 May 2016 Comments (0) Africa, Business, Latest Updates from Reuters  Like

The company, which has 17 mines in nine countries, said free cash flow in three months to March-end reached $70 million from an outflow of $40 million in the first quarter of 2015.

Adjusted gross profit edged up to $210 million at the end of March from $209 million in the same period last year.

AngloGold said it cut debt and costs during the quarter, resulting in cash flow, benefiting weaker local currencies against the dollar.

South African miners sell their commodities in dollars while paying costs in rand, boosting margins when the exchange rate weakens against the greenback.

Production in the quarter fell 7 percent to 861,000 ounces compared with the same period last year, due to planned reductions from Obuasi, Tropicana and Morila mines, and unplanned output drop in Kibali joint venture.