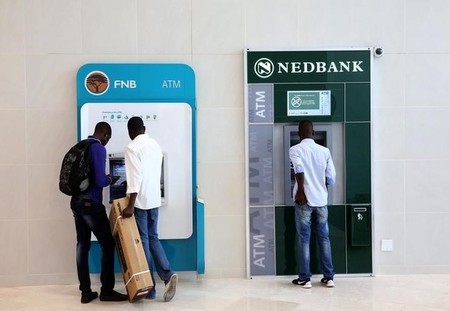 JOHANNESBURG (Reuters) – South Africa’s big four banks will see a rise in problem loans in the next 12 to 18 months as the economy struggles to grow, but this poses only a moderate risk to profits, ratings agency Moody’s said on Tuesday.

“The subdued South African economy will restrain their lending growth and make it harder for borrowers, especially households, to service their debt repayments,” said a Moody’s vice president Nondas Nicolaides.

Rising interest rates and inflation above the central bank’s target of 6 percent will also expose banks to higher default risks, the agency said.

Moody’s said it expects non-performing loans ratios in the banking sector to increase to around 4 percent by end-2017 from 3.2 percent in June 2016, which will dampen profitability as it leads to higher provisioning costs.

“FirstRand also has the highest overall provisioning coverage for non-performing loans, the highest capital base and strong earnings generation.”

South Africa’s government last month lowered its GDP growth forecast for this year from 0.9 percent expected in February, and cut its estimate for 2017 to 1.3 percent from 1.7 percent previously.