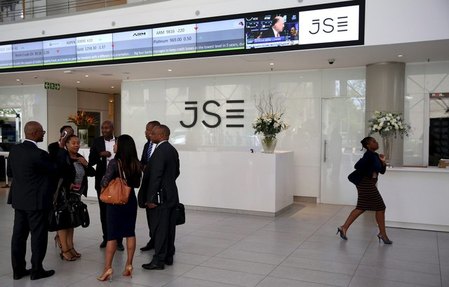 JOHANNESBURG (Reuters) – Shares in South Africa’s Eqstra surged as much as 15 percent on Friday after the leasing equipment firm said it had received a non-binding takeover offer.

Eqstra, which leases equipment to construction and mining companies, did not name the firm it was in discussions with.

Eqstra’s shares surged more than 15 percent after the announcement, before giving up some of the gains to trade 12 percent higher at 2.09 rand by 1133 GMT.

Eqstra is in a process of selling its non-core assets in the commodities and construction equipment division in order to improve its balance sheet as depressed commodity prices hurt mining companies, its major clients.