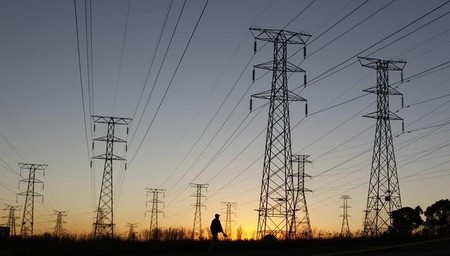 JOHANNESBURG (Reuters) – South African power utility Eskom has signed agreements with 21 of the 34 defaulting municipalities to recoup unpaid bills worth 10.2 billion rand ($757 million) and ease the pressure on businesses, the firm said on Tuesday.

The scheduled power interruptions in Africa’s most industrialised economy could negatively impact business and industries that rely on power in municipalities located in some of the key provinces in the country.

“Municipalities need to make arrangements or they will have to face the repercussions of having power interruptions,” Eskom’s spokesman Khulu Phasiwe told Reuters.

The state-owned power utility said in a statement it was within its power to cut electricity completely according to the Electricity Regulations Act and municipality supply agreements but will only implement scheduled disruptions.

Poultry producer Astral Foods, which has also been hit by drought-induced high feed prices and from an over-supplied domestic market, said earlier this week it could come under further pressure if Eskom carries out the interruptions in a district where some of its operations are located.

“If it’s a permanent power cut we would have to euthanise all 11.5 million birds,” Astral’s managing director of agriculture Gary Arnold told Reuters.