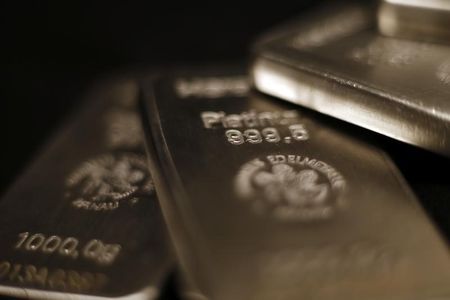 JOHANNESBURG (Reuters) – South Africa’s Impala Platinum said on Monday it expected half-year profits to fall by as much as 20 percent due to lower rand prices for its main commodity.

Headline earnings per share – a measure of profit which strips off certain one-off items – will be between 50 cents and 59 cents, a decline of between 20 percent and 10 percent.

Impala, the world No. 2 producer of the metal used for emissions-capping catalytic converters in cars, said the rand prices for platinum are down 15 percent compared to a year earlier causing the decline in profits.

Shares in Implats, which have more than halved in value over the last year, fell 0.74 percent to 35 rand by 1500 GMT.