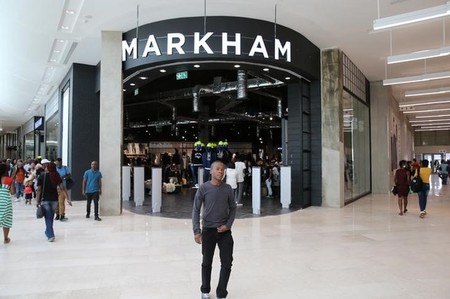 JOHANNESBURG (Reuters) – South African retail sales rose more than expected in May to their strongest level in more than two years, signalling the economy may be on the mend after contracting in the first quarter of this year.

Retail sales in Africa’s most industrialised economy rose by 4.5 percent year-on-year in May, its strongest rise since early 2014 after expanding by a revised 1.6 percent in April, Statistics South Africa said on Wednesday.

Analysts polled by Reuters had forecast a 1.6 percent year-on-year increase in May.

On a month-on-month basis, sales rose by 3.4 percent and were up 3 percent in the three months to May compared with the same period last year.

The South African economy, beset by high and persistent unemployment, has been hobbled by low commodity prices and a severe drought.

“Second quarter 2016 saw commodity prices recover, with tentative signs to date that the industrial sector has pulled out of recession on a stronger performance from manufacturing production,” Investec economist Annabel Bishop said in a note.

“The economy could just manage to avoid recession in the first half of this year, potentially recording a small fractional positive for the second quarter instead.”

Manufacturing data on Tuesday showed output rose more than expected in May to its strongest level in nearly a year.

Overall economic output fell by 1.2 percent in the first quarter of 2016 mainly due to a slide in the mining sector, putting South Africa on course for its first recession in seven years.