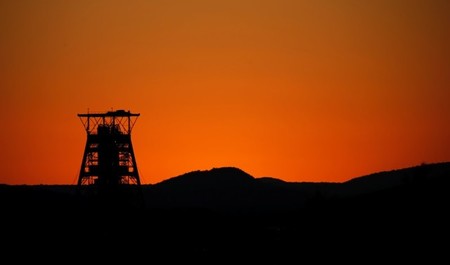 JOHANNESBURG (Reuters) – South Africa’s Chamber of Mines said on Thursday it was concerned about a revised draft for a new mining charter, which seeks to establish a new regulatory agency and impose social development targets on the industry based on revenues.

Originally launched in 2002 to redress racial imbalances that still define the economy two decades after apartheid’s demise, the charter was revised in 2010 and the government has signaled its intention to redraw the targets again.

Industry concerns this time round include the fact that the chamber was only invited on two occasions to consult on the latest draft, while in the past, companies, the government and labour negotiated the terms of the charter.

The chamber, which groups several mining companies in Africa’s most industrialized country, said in a statement that in its current form, the draft was ill-considered and would have “dire consequences for the mining industry and the entire South African economy.”

The department of mineral resources has not yet published the draft but some of the details were presented to parliament on Wednesday, the chamber said.

The spokesman for the department did not answer phone calls or respond to an email seeking comment.

Current targets in the charter include 26 percent black ownership as well as commitments to provide housing and other amenities in mining communities, many of which are mired in poverty and neglect.

The chamber also said it was worried about revenue-based targets possibly being used for community development programmes instead of basing such initiatives on profit and what the companies could reasonably afford.

The chamber said it had proposed that 2 percent of net profit to be used for community development and wanted the government to use the existing royalties for that purpose.

It also expressed concern about the purpose and running costs of the proposed Mining Transformation and Development Agency, which it said was contained in the new draft.

South Africa is the world’s top platinum producer and its mining industry has been battered by depressed prices, rising costs, policy uncertainty and periodic bouts of often violent labour unrest.