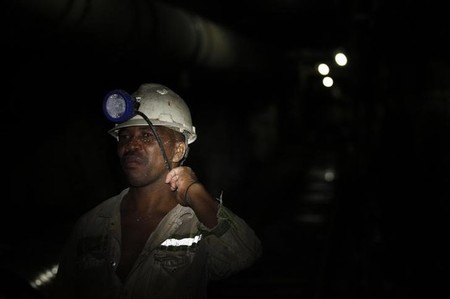 JOHANNESBURG (Reuters) – South Africa’s Chamber of Mines said on Tuesday that a Labour Court decision overturning a government-imposed safety stoppage at an AngloGold Ashanti mine placed limits on the power of state inspectors.

The industry in the world’s top platinum producer has for years complained that government inspectors have been imposing arbitrary work stoppages over safety, costing billions of rand in lost output and putting mines and jobs on the line.

The ruling concerned a Section 54 safety stoppage – named for the regulation they fall under – at AngloGold’s Kopanang mine last month.

The judge found that the blanket stoppage of the entire mine because of infractions related to tramming and the storage of explosives in one section – Level 44 – was disproportionate and should have been applied to just that area of the operation.

“We believe that the Labour Court has, in this case, clarified the limits on the powers of the inspectorate,” The Chamber of Mines said in a statement.

The industry has in the past sought to persuade the Department of Mineral Resources to avoid what it calls “unjustified stoppages” that are compounding industry losses in a sector struggling with a commodities price slump.

The department of mineral resources did not immediately respond to emails and phone calls for its response to the court ruling, which was made on Friday.

The mines ministry has justified the blanket stoppages, saying on several occasions that they are needed to save lives.

With an unforgiving geology, South Africa is home to the world’s deepest mines where workers labour up to 4 km (2-1/2 miles) beneath the surface.

Nevertheless, the industry had been making great safety strides, with mining deaths falling for eight straight years – until this year, with a spike in deaths that has raised red flags.