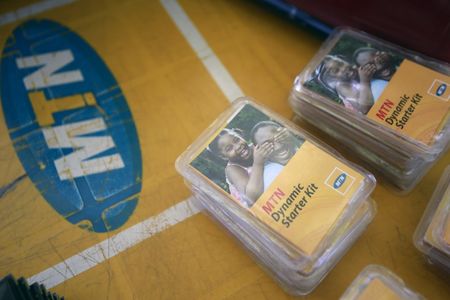 JOHANNESBURG (Reuters) – Shares in MTN Group slumped more than 13 percent on Friday, a day after the South African mobile company flagged it would report at least a 20 percent drop in annual profit.

Shortly after the market closed on Thursday, MTN said the expected fall in profit was due to underperformance in Nigeria, where it faces a $3.9 billion fine for failing to cut off more than 5 million SIM card users by the set date.

Africa’s biggest mobile phone company said the profit warning did not include the penalty because it was still in talks with regulators about the final size of the penalty.

“There remains some uncertainty as to the final quantum (amount) of the Nigerian fine, should an out of court settlement be reached,” the company said.

MTN was handed a $5.2 billion penalty in October, prompting weeks of lobbying that led to a 25 percent reduction to $3.9 billion but the company was still not prepared to pay the lower fine, which equates to more than twice MTN’s annual average capital spending over the past five years.