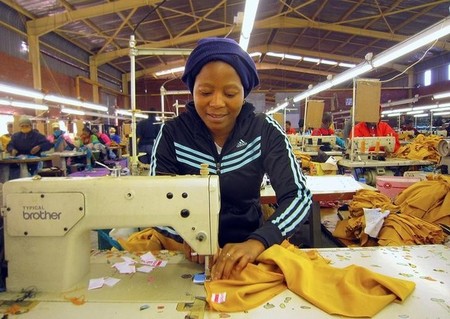 JOHANNESBURG, Feb 3 (Reuters) – Activity in South Africa’s private sector remained in growth territory in January but dipped from December as demand for exports sank, a survey showed on Friday.

The Standard Bank Purchasing Managers’ Index (PMI), compiled by Markit edged down to 51.3 from 51.6, remaining above the 50 mark dividing expansion from contraction for a fifth consecutive month.

Companies surveyed reported a marginal increase in new business and output in January, but that was countered by a decrease in exports, with some firms citing the loss of major international contracts.

“Exports continued to suffer, recording an accelerated pace of contraction… This was while overall demand continued to expand, albeit at a slower pace,” Naidoo said.

Trade data published by the revenue service on Tuesday showed exports down 6.1 percent month-on-month in January, while subdued consumer and business confidence dampened imports as low activity continued to strangle growth in Africa’s most industrialised economy.