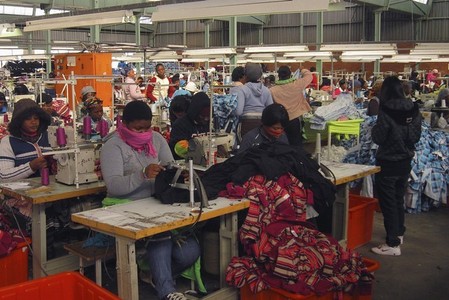 The Standard Bank Purchasing Managers’ Index (PMI), compiled by IHS Markit, fell to 48.8 in November from 49.6 in October, staying below the 50 mark that separates expansion from

“Lower underlying demand formed the basis for the decline as new orders fell at the quickest pace observed since early 2016.

This led output to fall, and at a faster rate than that noted in the previous month,” IHS Markit said in a statement.

South Africa’s economic gloom has been compounded by allegations of corruption in state-owned companies and of influence-peddling in government that have hurt investor confidence.

The ruling African National Congress will this month elect a successor to President Jacob Zuma as party chief, adding to the climate of uncertainty.

“Apart from South Africa’s economy being characterised by generally weak growth, we note that the rating agency review on November 24th and the upcoming ANC elective conference will have