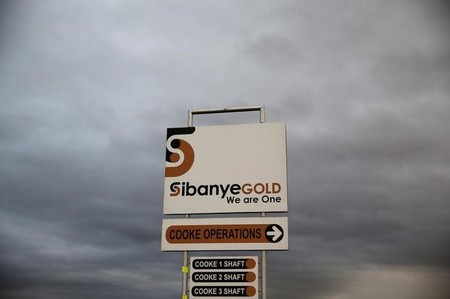 JOHANNESBURG (Reuters) – South Africa’s Sibanye Gold has began talks with unions for job cuts at its Cooke 4 mine after failing to stem heavy losses at the operation.

The company first broached the subject of job cuts at the mine with unions in November 2014. Since then Cooke 4 has continued to fall short of production targets and accumulate losses forcing the producer to re-open talks, the company said.

The chief executive of Sibanye’s Gold operations, Wayne Robinson, said in a statement the losses at the mine threatened the viability of the other three Cooke operations.

“It is unfortunate that despite the joint efforts of stakeholders, the Cooke 4 operations have been unable to meet required production and cost targets and has continued to operate at a loss,” said Robinson.

The Cooke operations, including four mines and three processing plants, had an operating loss of 4 million rand ($274,000) in 2015, the company said.

Job cuts are a thorny issue in Africa’s most industrialised country where the unemployment rate is near 27 percent, a big concern for companies faced with labour disputes. Unions were unavailable to comment but have opposed job cuts elsewhere.

Sibanye spokesman James Wellsted said the previous round of negotiations in November had led to some job cuts and a new plan to revamp the mine but the operation continued losing money.

He said the mine was unlikely to run with fewer people if it was unable to pay for itself.

“I don’t want to preempt the consultation process and obviously we are looking for solutions but we have not been able to improve the situation,” Wellsted said when asked whether the mine would be shut.