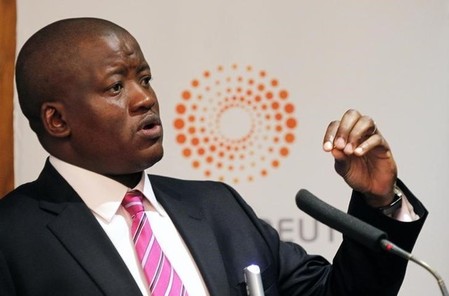 JOHANNESBURG (Reuters) – South Africa’s Treasury on Wednesday said the departure of its Director General Lungisa Fuzile, whose contract was due to end in May 2018, was now imminent.

The Treasury said in a statement that Fuzile had been indicating his desire to leave the department for some time, and in the past few days he has been focusing on ensuring a smooth hand over to new Finance Minister Malusi Gigaba.

Fuzile’s departure would follow that of his former boss Pravin Gordhan, who was sacked in a cabinet reshuffle and replaced by Gigaba.