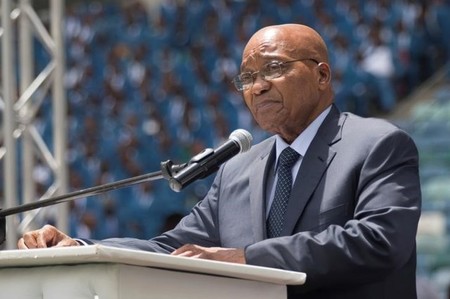 JOHANNESBURG (Reuters) – South Africa’s President Jacob Zuma told parliament on Thursday the government would come down hard on the local banks accused in a report by the competition watchdog of rigging the rand currency.

“This matter is still under investigation… government is ready to act against market abuse, price fixing and collusion in the private sector in order to protect our country’s economy,” Zuma said in a speech.