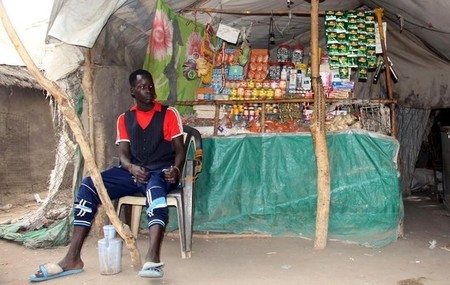 NAIROBI (Reuters) – South Sudan’s inflation more than doubled in July to reach an annual rate of 661.3 percent, its statistics office said on Monday, as the economy of the 5-year old nation continued to reel amid civil conflict.

The National Bureau of Statistics said in a statement that inflation jumped from 309.6 percent a month earlier due to rising food and non-alcoholic drinks prices. Prices rose 77.7 percent month-on-month in July.

Oil-producing South Sudan won independence from Sudan in 2011 but in December 2013 slid into a two-year civil war after a dispute between President Salva Kiir and his former deputy Riek Machar.

The economy has been battered, driving prices higher.

In June, U.N. agencies said up to 4.8 million people in South Sudan face severe food shortages, the highest level since a conflict began.