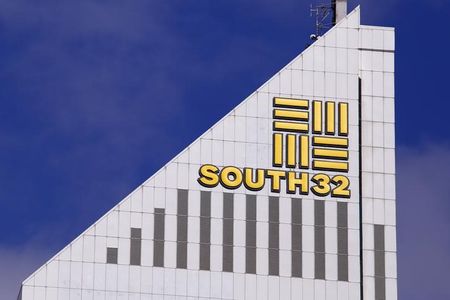 JOHANNESBURG (Reuters) – Australian-listed South32 plans to cut 447 jobs at a South African manganese mine, the National Union of Mineworkers (NUM) said on Monday, in the latest in a slew of layoffs in the embattled industry.

The union, which is the country’s largest mining labour body, said it had received notice from South32 that the company planned to cut the jobs and called on the mines ministry to “intervene to halt” to prevent the layoffs.

NUM said over 1,000 workers are employed at the Hotazel mine in Kuruman, about 550 km (341 miles) south east of Johannesburg.

South32 spokeswoman Lulu Letlape said the company was consulting with employees through unions on job cuts. Voluntary redundancies and early retirements were being considered to minimize the impact on workers, she said.

South32 produces manganese, silver, nickel and coking coal, some of the industrial mainstays that have been hardest hit globally in the wake of China’s economic slowdown.

South32, which was spun off from BHP Billiton in May, said its review of its South African manganese operations would be completed by December and said its mines were unlikely to restart until January.

Mining companies in South Africa are under pressure from rising costs and falling prices, forcing companies to close shafts and cut jobs to survive, angering unions, which have opposed the layoffs.