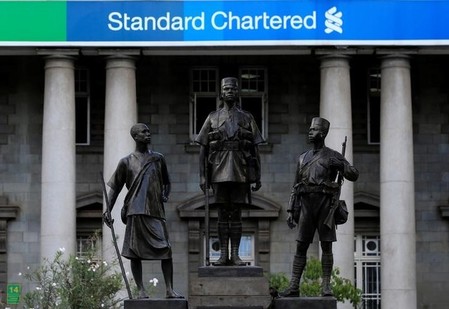 Standard Chartered Saadiq could enter at least one of these markets – Nigeria, Botswana and Zambia – as early as 2017, Mohammad Ali Allawalla, who is head of Islamic banking for retail clients at the bank, said on the sidelines of a media briefing on Tuesday.

The Muslim population in sub-Saharan Africa is forecast to more than double from about 250 million people in 2010 to nearly 670 million in 2050, according to Pew Research Center.

As well as talking to regulators in the three African countries, Standard Chartered Saadiq is also in discussions about gaining an Islamic banking licence in Brunei in South East Asia and working with the regulator there on guidelines for Islamic wealth management.

“Nigeria is an interesting market in terms of size we are exploring and other markets like Botswana and Zambia, which are not big markets in terms of sheer size but in terms of pockets of customers they present a good opportunity,” Allawalla said.

Nigeria, the continent’s most populous nation, has around 77 million Muslims, according to Pew Research Center.

Allawalla said the country presented challenges for retail banking because of the gap between rich and poor.

Standard Chartered already operates in Nigeria, Botswana, Zambia and Brunei and Saadiq would only venture into them if there was a need for a alternative Islamic products, Allawalla said.