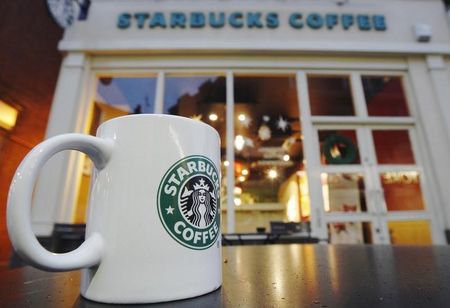 JOHANNESBURG (Reuters) – Starbucks’ local partner sees potential for more than 200 of the U.S. chain’s coffee shops in South Africa within five years, it said on Wednesday, as it prepares to open the country’s first Starbucks’ outlet next year.

Starbucks signed an agreement with Taste Holdings in July that licensed the South African restaurant operator to develop and run Starbucks-branded coffee shops in Africa’s most advanced economy.

The first store is expected in Gauteng province, the region that includes Johannesburg, within the first half of 2016, Taste said in a statement.

“Market analysis has identified a conservative market opportunity of more than 150 outlets in South Africa today. We foresee this growing to more than 200 in five years,” Taste said.

Taste, which also operates Domino’s Pizza outlets in South Africa, said it would start with at least 12 outlets in the next year before expanding further.

Global restaurant brands are increasingly investing in Africa to join established international players such as McDonald’s Corp in tapping a growing middle class.

Starbucks’ entry into South Africa will pit it against established brands such as unlisted Cape Town-based Vida e Caffè, a local firm with more than 60 outlets.