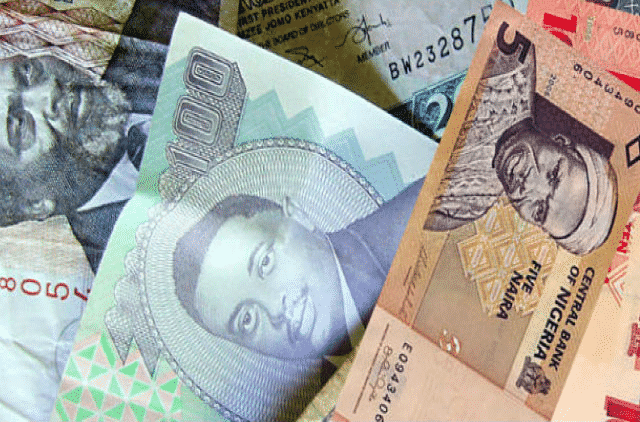 Sub-Saharan Africa’s most indebted countries are revealed in the latest figures from the World Bank and the IMF.

Recent figures from the World Bank and the IMF provide a clear picture of which of Africa’s sub-Saharan nations have the highest levels of debt. The figures illustrate national debt as a percentage of the nation’s GDP, as opposed to ranking nations on absolute debt. This is an important distinction, as it accounts for how significant the effect of a government’s debt could be to its economic future.

For example, South Africa has the largest overall debt in absolute terms – with a huge 158 billion euros worth – but it also has a much larger GDP then most African states. This larger economic base ensures that South Africa is not even in the top ten of the most indebted nations.

From the highest debt to the lowest

Across the entire sub-Saharan region this averaged out at a 52% debt to GDP ratio, which actually compares favorably with Europe, in which the average is 92%.

What is clearly of significance is the degree to which an economy is likely to grow, and thus manage its debt without it becoming crippling. Moreover, what is sustainable for a developing nation is markedly less than it is for a developed market. While 40% is generally seen as manageable for emerging economies it can be significantly higher for large, more established markets.

The good news for Africa as a whole is that average GDP growth is second only to South Asia. A more cautionary view would note that borrowing is also growing quickly, and unforeseen humanitarian disasters, such as the 2014 Ebola outbreak, can have huge economic fallout in developing markets.

Changes to old debt and shaping the future

The single largest impact on the once debilitating debt levels in Africa occurred with the 1996 Heavily Indebted Poor Countries Initiative (HIPC). The internationally developed program was managed by the World Bank, in conjunction with the IMF and the African Development Bank. The initiative was further bolstered by 2005’s Multilateral Debt Relief Initiative, which was managed by the same trio, and led to 35 sub-Saharan nations eradicating over $100 billion of external debt.

While this allowed many nations to invest in social infrastructure, for others it simply meant writing off overdue debt, but did not create new streams of revenue for investment. Whether a nation wrote off old debt, or managed to put new resources into development, all of the affected nations profited in one key area.

According to Marcelo Guigale, a World Bank director, this universal benefit was that governments learnt “discipline” in spending, and had to have clear plans on reducing poverty. As such, Guigale stated African governments had “more money to spend and new offers to borrow—this time from private bankers.”

The concern in some quarters is that borrowing in some nations is outpacing growth, and this could lead to a return to pre HIPC levels of financial burden. An article in The Economist warned that, although Africa’s economies were growing quickly, “growing fastest of all is debt—personal, corporate and government.”

However, a trio of The World Bank’s own economists feel confident that “overall, governments have been borrowing responsibly”, and the IMF have ensured that guidance is being provided to help nations manage their debt constructively.

It is important for nations to be prudent with their borrowing, but even with some worries over rising debt, most experts feel genuine progress has been made.

Todd Moss, a senior fellow at the Washington-based Center for Global Development summarized the nature of Africa’s debt situation, saying, “Despite misgivings about certain countries, Africa is still in a fundamentally different place than it was 20 or 30 years ago when old debts were taken on.”