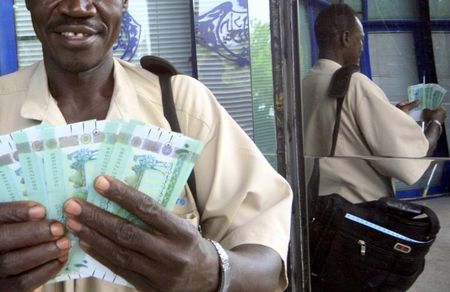 (Reuters) – Sudan’s central bank has phased out its main liquidity tool used by domestic lenders to an external fund, a move it hopes can serve as a model for other countries aiming to tackle a scarcity of sharia-compliant money market instruments.

Islamic banks have grown faster than conventional ones across the Middle East and southeast Asia, but they largely lack liquidity management tools which the industry views as essential for its long-term health and viability.

Demand for such tools is greater in markets like Sudan, which in 1983 became the first country to require its entire banking system to comply with Islamic principles, banning the charging of interest and outright monetary speculation.

There are 28 Islamic banks in Sudan which hold an estimated $10.7 billion in assets, according to Thomson Reuters data.

The central bank has issued Islamic certificates to address banks’ liquidity needs, with the ministry of finance issuing Islamic bonds of its own.

“There has been a staggering stockpile of these certificates,” Yahya said on the sidelines of an industry conference in Bahrain.

“It was important for us to find other solutions to help banks manage their liquidity management away from the central bank.”

To address this, a liquidity management fund was launched in September of last year, a special purpose vehicle jointly owned by Sudanese lenders and managed by Financial Investment Bank.

The fund has seen a 25 percent increase in capital since its launch to reach 1 billion Sudanese pounds, Yahya said, adding that the central bank is no longer involved in daily liquidity requirements of banks except as a lender of last resort.

“We feel that this experience should be carefully studied and be proposed in other jurisdictions.”

Member banks are required to put in capital with a minimum cash contribution of 40 percent, with the remaining 60 percent to be contributed in the form of securities.

Only a handful of countries have widely-used Islamic interbank tools, with Malaysia and Bahrain developing sharia-compliant alternatives to repurchase agreements.