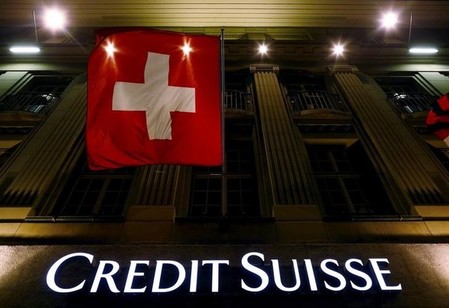 ZURICH (Reuters) – Switzerland’s financial watchdog said it is in touch with Credit Suisse over Mozambique’s undeclared loans, while Britain’s regulator is also making inquiries, according to a source familiar with the situation.

In April, Mozambique, one of the world’s poorest countries, disclosed as much as $1.35 billion of sovereign borrowing that may have made its debt unsustainable.

Swiss bank Credit Suisse and Russia’s VTB have been active in Mozambique, arranging loans for state-owned firms as well as helping with a eurobond issue.

A spokesman for Swiss financial watchdog FINMA told Reuters on Tuesday it was in contact with Credit Suisse over its engagement with the sub-Saharan African nation.

“We are aware of the issue and are in contact with the bank over this matter,” he said on Tuesday, declining to give any further details.

Separately, a source told Reuters on Monday that the UK’s Financial Conduct Authority (FCA), was looking into the role both Credit Suisse and VTB played.

VTB said it had been open and transparent with the regulator on the Mozambique transaction and was not aware of any investigations.

“As we previously said, the total public debt number disclosed in the prospectus of the issued sovereign eurobond was inclusive of all outstanding direct and publicly guaranteed government debt, as confirmed to us by Ministry of Finance of Mozambique,” the Russian bank said.

Mozambique’s foreign debt – including $2 billion of commercial borrowing arranged without consulting parliament as required – has ballooned in the last four years, largely due to expectations it was set to become a major natural gas producer.

However, those expectations are now being shown to be wildly premature, leaving the country with a foreign debt burden equal to $400 per head – only a fraction below the International Monetary Fund’s $435 annual per capita GDP estimate.

(Reporting by Joshua Franklin and Oliver Hirt in Zurich, Alexander Winning in Moscow and Ed Cropley in Luanda; Editing by Michael Shields and Alexander Smith)