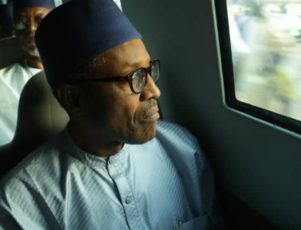 Bint el Sudan, a fragrance across the sands of time 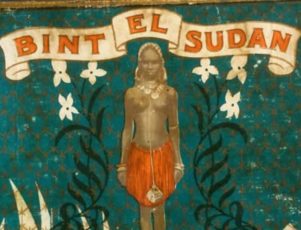 A small factory on northern Nigeria continues to produce a legendary perfume despite the ravages of the jihadist group Boko Haram.

While the ravages of Boko Haram have shut down much of the industry of northern Nigeria, production of a legendary perfume continues uninterrupted at a small factory in Kano.

Bint el Sudan, known for nearly a century as the “Chanel No. 5” of Africa and once the best-selling perfume in the world, is known for its musky fragrance and oil, rather than alcohol base, which made the scent popular with Muslims.

Bint el Sudan means “Daughter of Sudan” and a girl wearing the traditional topless garb of 1920s Sudan appears on the label.

Most of the fragrance – about seven million small 12-mililiter bottles a year – is produced by a dozen workers from inside a larger, ultra-secure bunker of a factory that also manufactures pesticides, detergents and disinfectants.

Shipments across the northern Africa

About 80 percent of Bint el Sudan is produced in Kano for shipment to local markets across the region and as far away as Libya. Factories in Cameroon, Ivory Coast, Sudan, Ethiopia and Zimbabwe produce the rest of the perfume, primarily for sales in their own local markets.

That the Kano production continues is quite a feat, given the devastation Boko Haram has brought to the region. In Kano, once a great Nigerian industrial center and historically a hub of regional trade, most factories are shut down today, victims of waves of attacks by jihadists since 2012. As it is, business executives in the city have been forced to use armored cars and bodyguards for security.

Stephane Malaussene, owner of the Gongoni Company, which produces the perfume under a franchise arrangement with U.S. owner International Flavors & Fragrances, said production has actually increased from about 500,000 bottles 10 years ago. Production in Kano began in 1952.

“It’s a pride to produce and distribute this fragrance that crossed the sands and time,” Malaussene said.

Bint el Sudan was created in the 1920s when, according to legend, fourteen leaders of Arab tribes approached a British traveler and adventurer, Eric Ernest Burgess, in Khartoum and asked him to create a fragrance. The perfume was developed in six months in the lab of Burgess’ employer, W.J. Bush & Co. in London.

Burgess also photographed the Sudanese girl who appears on the label, topless wearing a traditional elephant-hair red skirt and bracelets on her ankles and wrists and her dowry and purse around her neck. The girl also appeared on posters used to market the perfume throughout the region in what was the first advertising campaign for a perfume at the time.

It was sold in markets rather than stores at low prices and for a time was used as currency.

Staple for cosmetics and other uses

Widely used in courtship and circumcision rituals, Bint el Sudan became a staple of women’s cosmetics, especially after the wave of national independence and modernization that began in the 1960s.

With its mix of jasmine, lilac and lily scents, it is also used as a skin moisturizer and bath oil.

The fragrance is a top seller on the continent, particularly in western, central and northeastern Africa while women in the eastern and southern regions prefer western scents.

The continuing production of Bint el Sudan belies the devastation of industry in Kano, Nigeria’s second largest industrial center and its largest producer of textiles, tanning, footwear, cosmetics, and ceramics.

Industrial activity was reduced by 50 percent since 2012, according to Ali Madugu Safiyanu, vice president of the Association of Industrial Nigeria. Boko Haram undermined the whole economic and agricultural ecosystem in the Kano region as well as Mali, Burkina Faso and the Central African Republic, Safiyanu said.

The region has seen bloody raids on markets, mosques and universities by Boko Haram, which is allied with the Islamic State, have left hundreds dead as well as abductions and forced marriages.

A military coalition of soldiers from Nigeria, Chad, Cameroon and Niger has driven Boko Haram into the far northeast of the country but the group continues to attack.